A pathway to success! 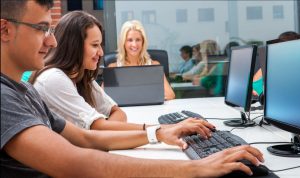 A pathway to success

Getting a degree or other higher level qualification can greatly improve your career prospects and lifetime income.  It is estimated that additional lifetime earnings for a person with a degree is between $800,000 and $1.1 million above that of a person with Year 12.

So it makes a lot of sense to study for a degree or other higher level qualification.

But what if you don’t feel you’re prepared to undertake a university or college course? Perhaps you left school early or you didn’t get a strong Year 12 result?

Melbourne College of Further Education can help you get into university and successfully complete the course of your choice.

Who doesn’t get into university?

Every year in Victoria, about 90,000 people apply for entry to higher education (usually at a university).

If a person applies directly from Year 12 (VCE/VCAL) with an ATAR, the chances of getting an offer are pretty good – about 8 in 10 such applicants do get an offer, although often not for entry into their preferred course.

Statistically it is much harder to get into university in Victoria than elsewhere in Australia. Over 21% of Victorian applicants miss out on an offer compared to 16.5% of applicants Australia-wide; that is Victorians missing out is 25% higher than other Australians.

Getting into university is, of course, only the first step:  actually completing a course and gaining your degree takes quite a few more (Norton [1]).  About one third of Australian university students don’t complete their degree course within 8 years, which in most cases means they don’t ever complete it.  Almost 10% of students don’t even make it to their second year – that’s about 25,000 students or an average of 500 students a day dropping out (DET [1], Jacks & Cook). They leave university without a qualification but with a hefty student loan (HELP) debt.

There is a direct correlation between ATAR and the risk of dropping out (Lomax-Smith et al 2011, p.10, p.80).  Research shows that school leavers who enter university with an ATAR of 90 or above have a 90% chance of completing their degree, and completion rates fall in a corresponding line with lower ATARs.  On average, students with ATARs below 60 drop out at a rate of one in three, and those with ATARs below 50 drop out at the rate of 50% – that’s 1 in 2 (Norton [2], Hare [2]).

Another pathway to university and successful study

If you’ve previously missed out on a university offer, because you don’t meet entry requirements, there’s no need to give up.  There are other pathways that will not only help you get there but also greatly improve your chances of successfully completing your chosen course and actually leaving with a degree and not just a debt.

‘Pathway‘ is a term we use to refer to the different ways you can get into a course. They offer a smooth transition between courses at different levels, so that you can start with a certificate and go on to diploma and degree level qualifications.

Research shows that low-ATAR students and students without a strong education foundation, who go on to be selected for university entry on the basis of their performance in pathway programs, generally perform strongly and in a wider range of fields than they would otherwise be able to access (Lomax-Smith et all 2011 pp.122-126; Sheehan; Burnheim & Willis).

The Certificate IV in Tertiary Preparation  at MCFE has been carefully designed to prepare most people for the challenges of successfully undertaking higher and further education.  It develops the basic academic skills, it provides the knowledge and confidence required to participate in higher-level qualifications and to improve your future career prospects.

Moodie, Gavin, “Which students are most likely to drop out of university?”, The Conversation, 22 March 2016  [ https://theconversation.com/which-students-are-most-likely-to-drop-out-of-university-56276 } (viewed 28 April 2017).